Don’t see an answer to your question? Feel free to reach out to us via our contact page.

Our mission is to have Paul Harris’s Home restored and furnished to look as it did in 1947.

Q: Who was Paul Harris?

A: Paul Harris was the founder of Rotary Club of Chicago and Rotary International.

Q: Has the Home always been owned by The Paul and Jean Harris Home Foundation?

A: No. The residence was acquired from a private owner in 2005, 100 years after it was built in 1905. The Paul and Jean Harris Home Foundation was created to purchase the Home.

Q: Where is the Paul Harris Home located?

A: The Paul Harris Home is at 10856 South Longwood Drive, Chicago, Illinois. It is in the Ridge Historic District in the Beverly neighborhood on the south side of Chicago.

A: The Beverly neighborhood is known for its famous architecture, with homes designed by the famed architects Frank Lloyd Wright and George Washington Maher. Beverly has strong Irish heritage roots, displayed in Chicago’s South Side Irish parade. Beverly prides itself on its diverse community and strong community involvement.

Q: How long did Paul Harris live in the Home?

A: Paul and Jean Harris lived in the residence for 35 years, from 1912 until 1947. Paul Harris passed away in the Home on January 27, 1947. Paul Harris is buried two miles away at Mount Hope Cemetery. Jean Harris moved to the Conrad Hilton Hotel in Chicago, then back to her native Scotland, where she is buried.

Q: Is the Home be wheelchair accessible?

A: Yes, the Home is wheelchair accessible, complete with an elevator to take visitors to the visual center in the basement and to the upstairs deck and Paul and Jean Harris’ bedroom.

Q: Is there an entrance fee?

A: No, tours of the Home are conducted for no charge. Currently, tours are by appointment only.

Q: When will the Paul Harris Home be available to visit?

A: The Home is currently available to be visited by appointment only.

A: The Paul and Jean Harris Home Foundation appreciates donations of all sizes, with naming opportunities for large donations. Please see the donation page for details:

Q: What work has been done, and what remains to complete the renovation?

A: By the time the Home was purchased in 2005 on the eve of the Centennial Rotary International Convention, the Home had experienced years of neglect. The outside of the Home was presentable, but the inside needed much attention and care. These circumstances provided the Paul and Jean Harris Home Foundation with the exciting opportunity to renovate the home and return it to its 1947 condition, while creating a visitor center for visiting Rotarians from around the world. The initial phase of the renovations, including construction of the events center (Rotary Room), reconstruction of the interior of the Home, and an exterior patio, is substantially complete. Currently, we are working on furnishing the Home with authentic furniture and other artifacts. Next, we will be creating exhibits to showcase the history of the Home, recreating the International Peace Garden, installing an audio-visual center in the basement, and adding additional landscaping. These renovations will be completed as donations become available.

Q: What is inside the Home?

A: The Home is being restored and furnished to look as it did in 1947. For example, visitors will experience the parlor as Rotarians did when they came to visit the Harris’s. The doors and light fixtures have been refurbished, if original, or replaced to replicate the look of the Home as seen in pictures from Paul Harris’ life. Soon, Rotary memorabilia that has been collected and preserved by the Rotary Club of Chicago and interested Rotarians will be inventoried and used to create permanent and temporary exhibits showcasing the history of Rotary.

Q: Is the space available for events?

A: Yes. As part of the renovation, a meeting and event space has been added to the rear of the Home. Contact us for information on the use of that space.

Be Part of the Legacy

We need your help to preserve the Paul & Jean Harris Home!

Join the over 450+ Rotarians and Benefactors who have already donated! 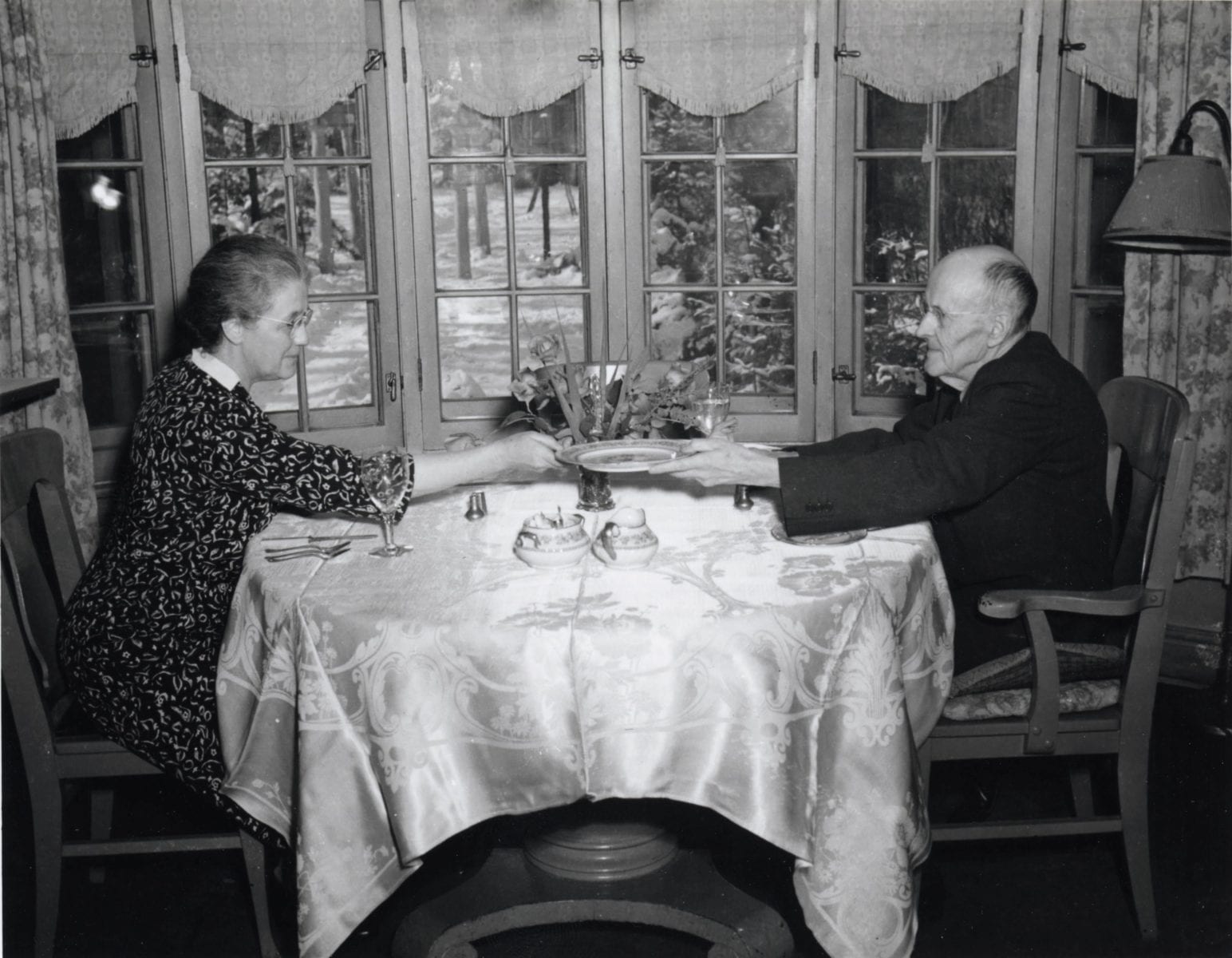